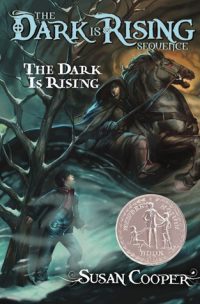 Will Stanton, seventh son of a seventh son is turning eleven and this birthday marks the beginning  of his awakening as the last of the Old Ones. The Dark is Rising tells how Will, met by Merriman Lyon, comes to power in the modern world and must accumulate the six “signs” to help fight the rising Dark.

I cannot say enough good about this novel. This was one of two novels responsible for turning me into a reader.If you have any qualms as an adult, I recommend you read it first before you turn it over to your young reader.