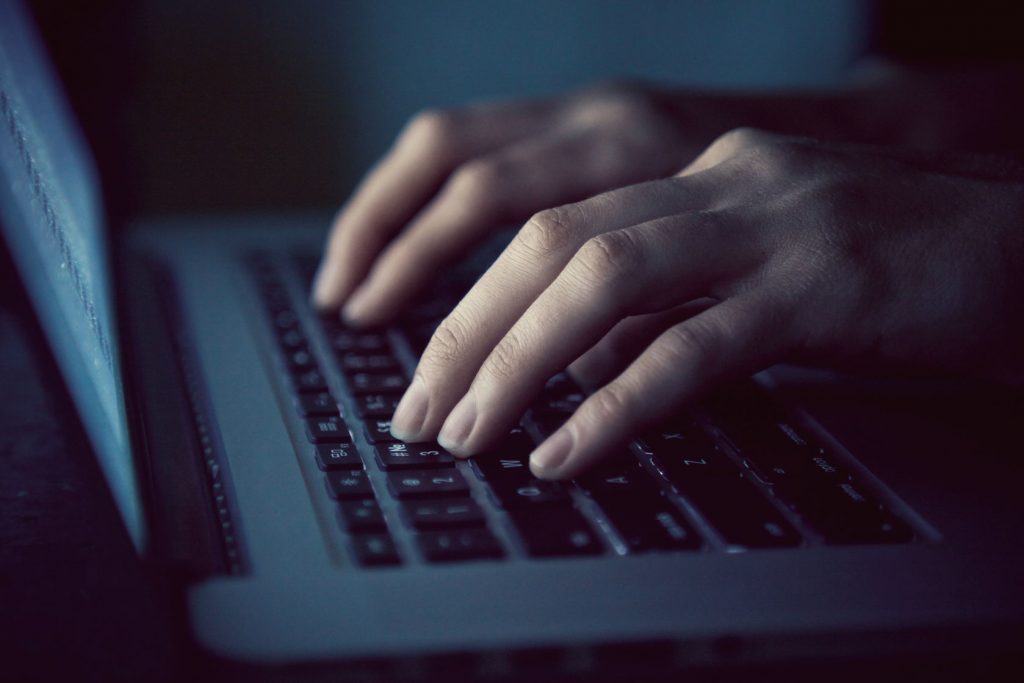 The Scriblerians is a group of nine authors and critique partners who write for student readers. We agree that our target audience is not the students, per se, but their parents, teachers, and librarians. We want to nurture relationships with those adults who make book purchasing decisions for their student readers by providing an essential service to them.

We want to provide reviews for books, especially those written for the Middle Grade and Young Adult markets, evaluating both content and literary quality.

This will help us recommend engaging, well-written books and offer discussion questions for popular books that may include questionable content for a Christian-worldview reader. 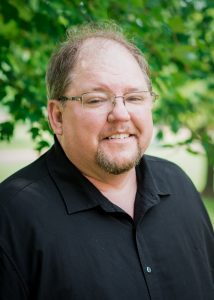 He has two novels, The Last Paladin and Dusty’s Adventures, slated to come out in 2017. 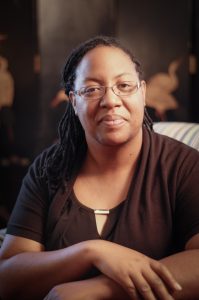 Karen deBlieck’s writing reflects the tension of identity and the sense of belonging she struggled with as a black American born in Japan and adopted by white Canadian parents (phew!). From a very young age she found solace in putting her thoughts and feelings down on the page.  Writing in poem, short story and novel form her pieces are emotionally and conflict charged. Her stories are written for the general market but she hopes that it challenges her readers to dig further into what True Life is really about. 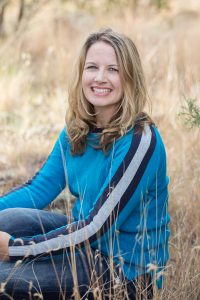 Gretchen E K Engel is a chemical engineer. She works as an environmental consultant by day and speculative fiction writer by night. She lives in a mountain town in the Southwest with her husband, two school-aged children, and three black cats. She’s active in her church teaching Sunday school and substituting in AWANA. When she’s not writing, buried in an Excel spreadsheet, or momming, she likes to downhill ski (when the Midwest doesn’t steal their snow), run, and read.

Gretchen believes any household chore is better when listening to an audiobook. While she lives by the rule of “everything in moderation”, Gretchen considers reading and traveling to be exceptions. She has authored hundreds of technical documents and several short stories. Her published works have been included in several anthologies and a magazine: “Undermined” in Realmscapes, “The Night Dance” in Dancing Up a Storm,  “The Watchmont” in Havok Magazine, and “Detention” in Out of the Storm, “Neatly Arranged” in No Revolution Is Too Big. To learn more about Gretchen, visit her at GretchenEKEngel.com. 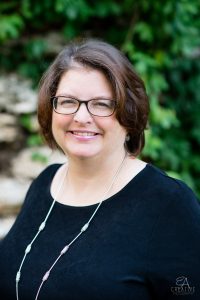 Lisa Godfrees was a forensic scientist for over a decade and still testifies as a technical expert in the courtroom. She is fascinated with creatures that don’t exist, incredibly punny, an oxford comma enthusiast (LIKE ALL RATIONAL THINKERS), a hybrid homeschool parent, and self-proclaimed data junkie. She’s also the author of about a half dozen great short stories featured in anthologies as well as the co-author of Mind Writer: A Novel (Elk Lake Publishing, 2016).

Lisa is a member of ACFW, SCBWI, the Houston Writers Guild, and serves as Production Manager for Splickety Prime. She currently resides in Houston with one dog, two cats, two girls, and a husband. She writes middle-grade and YA novels to keep herself sane. 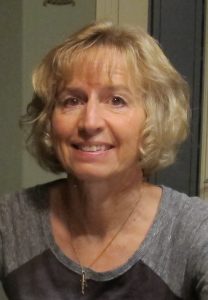 Loraine Kemp was born in Kelowna, British Columbia, Canada, and grew up on an acreage surrounded by her beloved horses, cats, dogs, and a sassy pet skunk. When she wasn’t playing with her animals or drawing them, she could be found reading fantasy novels. Upon graduating from high school, she completed a two-year college Fine Arts program, convinced she would someday become a commercial artist.

In 2005, Loraine was commissioned by Sono Nis Press to illustrate a children’s book called Tabasco the Saucy Raccoon. She and author Lyn Hancock toured schools and libraries in British Columbia and Ontario presenting writing and illustrating workshops. Loraine has since provided drawings for two other books, and paintings to illustrate a forthcoming picture book.

In addition to illustrating, Loraine attends writing conferences and pursues her passion for writing fantasy novels for kids. She has won six writing contests in Canada and the U.S.

Loraine is married and still lives in Kelowna, writing and conducting illustrating workshops. To find out more about her illustrations, workshops, and writing, visit www.lorainekemp.com or www.facebook.com/lorainekempartist . 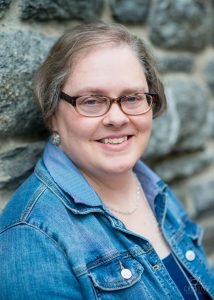 Texas author, Kathrese McKee, writes epic adventures for young adults and anyone else who enjoys pirates and princesses combined with life’s difficult questions. She is committed to exciting stories, appropriate content, and quality craftsmanship.

Her books include Mardan’s Mark, Healer’s Curse, and the upcoming Mardan’s Anointed. See more about her books and writing at KathreseMcKee.com.

Kathrese is President of Writers on the Storm, a chapter of ACFW (American Christian Fiction Writers) meeting in The Woodlands, Texas, and a Silver Member of The Christian PEN. She owns and operations Word Marker Edits.​ 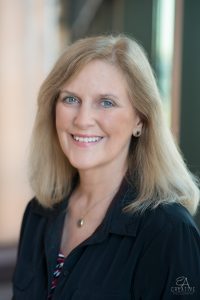 Growing up in the Air Force, Linda Samaritoni could not truly name a home town until she was thirteen. From that time on, she considered herself a native New Yorker, but after thirty-five years in Indiana, she proudly admits she’s really a Hoosier.

Linda’s first love was teaching, and she figured she would teach middle-graders until school authorities presented her with a retirement wheelchair when she was eighty-five or so, but God revived her passion for writing. In May of 2016, she blew goodbye kisses to her students and dedicated work hours to writing. She still visits the school and teaches creative writing workshops.

Linda writes realistic fiction, mostly for kids ages ten to fourteen. She is currently working on a trilogy, World Without Sound. Check it out on her fledgling website, lindasammaritan.com. Two of her short stories for adults are published in anthologies: Hodgepodge by the Heartland Christian Writers, and The Light Bearers, edited by Pat Broomfield Bradley.

Currently, Linda holds the office of secretary in the Indiana chapter of ACFW. She was a semi-finalist in the Genesis contest, won an elevator fiction contest, and placed in the Top 100 of the Writer’s Digest Contest.

Beth immerses herself in the YA world via substitute teaching, connecting with the teenage staff at the fast food joint where she claims the back booth as her office, and reading YA fiction. She’s also a genetic genealogy enthusiast who used DNA to find her birth parents.

She’s a cheerleader for saving sex for marriage. Her “Waiting Matters … Because YOU Matter” blog helps people of all ages navigate the choppy waters of saving sex for marriage while her “Slices of Real Life” posts find GOD in the day-to-day moments of real life. Her journey to find and connect with her biological family is chronicled in “A Doorstep Baby’s Search for Answers”.

All of her writing endeavors can be found on her website, including her recently launched YA novel “before I knew you”, the first book in the “Choices Matter” series. Also check out the “Waiting Matters” series booklets, based on the “Waiting Matters . . .” blog. Connect with her on Facebook, Pinterest, Instagram, and Twitter. 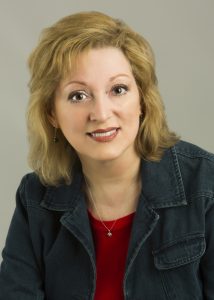 Cynthia writes for preteens and teens because she wants them to know how wonderful, powerful, and valuable God made them. She’s had other careers but dislikes following directions, so it’s probably best that she is now self-employed.

In her spare time, when she’s not cooking Cajun or Italian food, Cynthia grows herbs and makes silk accent pillows. If you make her angry, she will throw one at you. A pillow, not an herb. Well, maybe both.

Cynthia has a passion for rescuing dogs from animal shelters and encourages others to save a life by adopting a shelter pet. She enjoys studying the complex history of the friendly southern U.S. from Georgia to Texas, where she resides with her husband and several canines.

She is the author of the Bird Face contemporary series, which includes 8 Notes to a Nobody, 10 Steps to Girlfriend Status, and 6 Dates to Disaster. A new coming-of-age historical, The Other Side of Freedom, is scheduled to release August, 2017.

We use cookies to ensure that we give you the best experience on our website. If you continue to use this site we will assume that you are happy with it.Got It!Privacy policy